Two days into the conference and you hear everybody talking about the ones that have been mugged. i have heard that around ten people have been held up at knife point and robbed of their money. Whereever you go you will get the advice to be either vigilant or not to go at all … take a taxi, do not walk there, take the shuttle bus. 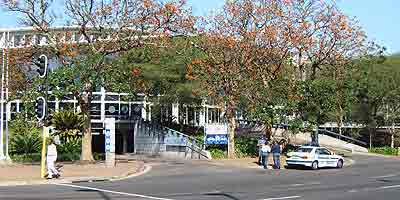 just last night we where asked by a police man to rather take the conference bus than to walk back to our hotel.. which we could see, appr. 200 meter in front of us. The atmosphere has a touch of paranoia… but Durban police has made all efforts to make us feel safe esp. around the conference venues. “After what happened, we show some more visibility…. and you are safe now. We don’t want you to get mugged”, said a police officer patrolling on the corner of the conference center. 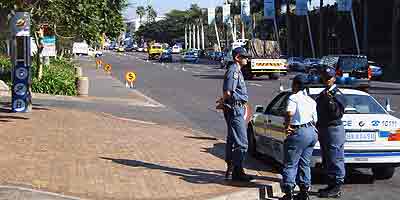 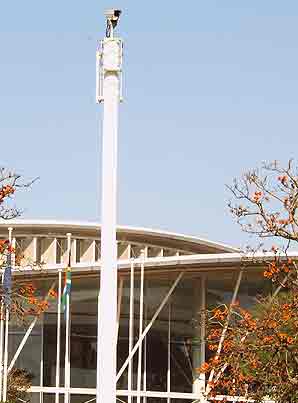 So that is what is must feel like living in a gated community… we take walks around the town at day time… always in mind that there is the possibility of an attack.. we stay in our hotels at night.. or we take a taxi for the 4 block to the next restaurant… signs and cameras do however tell you about the situation or at least the atmosphere in Durban… 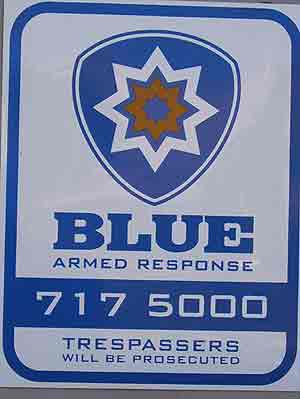 These signs can be found all over the city from different security firms. You at least know what you get and you cannot say that you have not been warned…..armed response or what!?

This site uses Akismet to reduce spam. Learn how your comment data is processed.