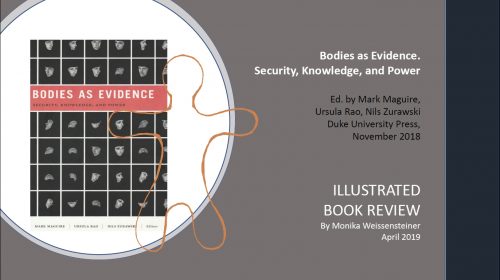 “Bodies as evidence offers a way to explore security as efforts to fix and make certain a world while never fully closing off mutability, uncertainty, and the potentially chaotic underside of order” (Maguire and Rao, pg. 10) 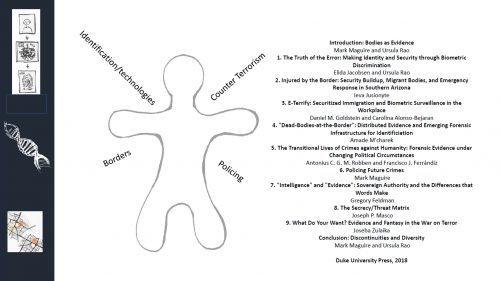 The human body has become a privileged “bearer and signifier” of in/security – so the main message of the book “Bodies as Evidence. Security, Knowledge, and Power”. As such, body-evidence relations can be turned into an insightful object of inquiry, as the nine thematic chapters of the book show. Jean Comaroff praises the book precisely for illuminating “the core drama of our times, when radical uncertainty feeds a fetishism of evidence, when alt-authoritarianism breeds a strange new relativism and an insidious obsession with fakery” (book-cover).

In the introduction (online here), Maguire and Rao outline how the book provides anthropological perspectives on configurations of knowledge and power emerging from the engagement with “bodies as evidence” in contemporary security contexts. The introduction familiarises the reader with anthropological debates regarding the main themes of the book – such as evidence and security -, which makes the book suitable for a broader audience in- and out-side of anthropology. The book is not about evidence in ethnographic methods – as the editors express the need to explain in multiple occasions: the volume is “an effort to highlight the problem of evidence today, rather than an effort to fold anthropology and ethnographic approaches into contemporary power-knowledge” (pg: 234).

The thematic chapters of the book seek out to explore different body-evidence relations within security contexts, in which the body emerges as source of both evidence and suspicion, and as the target of evidence-based interventions. The first five chapters provide case studies on the issue of identification – biometric technology, immigration and border control, forensic evidence. The later four chapters engage with policing and counterterrorism and shift their analysis towards how bodies of information become evidence within different classificatory regimes of power. 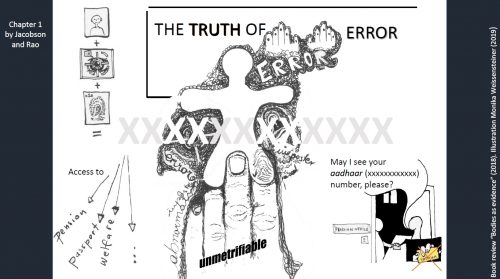 In The truth of error Jacobsen and Rao (chapter 1) engage with the aadhar scheme in India and look at biometric registration/ID verification as practices of veridiction. They are based on the idea of separating the “truth” from the “error” – error being placed in the realm of fraud and deception. Drawing on Murray’s concept of negative space archive of biometric governance – taken up also in the illustration – the authors argue that error in biometric enrolment is not a fault of the system, but that “unmetriafiable bodies” and “error” are constitutive in how biometric systems produce “truth”. E-Terrify by Goldstein and Alonso-Bejarano (chapter 3) deals with the web-based system E-Verify: the database allows employers to check the “eligibility” of their employees to work in the US, with the aim to contrast the hiring of undocumented persons. 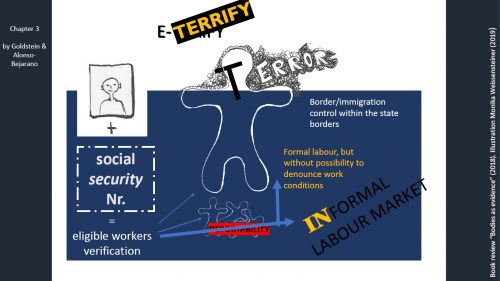 The ethnographic research attends not only to the production of “truthful” and verifiable identities, but also to what Rao and Jacobsen call “truth effects”. Being biometrifiable can give a recognised status to who otherwise might not have it, while bodies that wear the traces of hardship become unrecognisable and thus in-existent to the State. The biometric ID system has the power to exclude persons from access and unsettles personal and indeed socially recognised identities. E-Verify indeed works by terrifying undocumented workers. Whilst clearly “insourcing” and privatising immigration control, so the authors argue, the discretion of employers and potential deportability of employees results de facto not in higher deportation rates. Indeed it fosters employers power and produces an ulterior shift towards the precarity of undocumented workers, their invisibility and vulnerability to exploitation.

In Injured at the border and Dead-bodies-at-the-border, the authors interrogate evidence in the field of border crossing bodies. In the chapter by Jusionyte (chapter 2), bodies injured on the US-Mexican border become multivocal signs of evidence under the eyes of emergency-response-, as well as border-patrol teams. Her chapter focuses on ethical dilemmas and decision makings of fire-fighters and paramedics. She analyses how their responses unfold through a differentiation between the “good guys” they provide emergency care for, and the “bad guys” who they fear in protection of their own physical safety. But also, and not secondary, how responses are embedded within health-care-financing and legal configurations of the securitised border area. M’charek (chapter 4) indeed inquires the production of forensic evidence of death migrant bodies in the Mediterranean: a problematic body of evidence for traditional methods of forensic identification calling for an alternative forensic infrastructure; as well as evidence of a failed EU response. 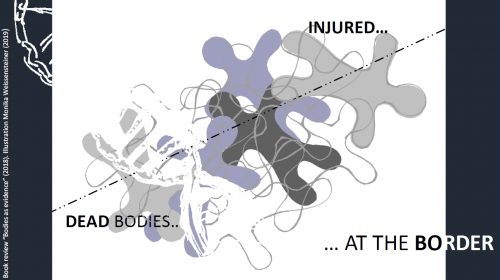 Also dealing with forensic evidence is the chapter (5) by Robben and Ferrandiz. The transitional lives of crimes against humanity departs from developments in Argentina and Spain, where forensic technologies have been invested with expectations to produce evidentiary truths about past crimes against humanity, for example through the exhumation of concealed bodies. The authors trace quite densely the changing political circumstances, legal and judicial developments and forensic exhumation im/possibilities, arguing that the “transitional lives of the crimes” produce different bodies of evidence. It might be insightful to read M’charek’s initial reflections on the use of alternative materials to “speak”, such as waste, alongside Robben and Ferrandiz’ call for caution with regards to the hegemonic aspect of forensic technologies: although a movement for truth and justice supported by families-members, this corporal epistemology is a particular regime of knowledge that has the power to displace and silence other truths and memory politics.

In the last four chapters “bodies as evidence” receives an additional meaning in the treatment by the authors, who shift the focus away from human bodies as evidence, towards the bodies of information that become evidence within different classificatory regimes of power.

In Policing Future Crimes (chapter 6), Maguire focuses on transformations towards intelligence-led and predictive policing as a specific techno-social assemblage. Based on “evidence” of events yet to come, police patrols intervene upon a future reality: to cancel out the reality to which they respond, as Maguire puts it succinctly with Foucault. He calls upon anthropology to shift the focus towards broader transformations in which “criminal anthropology” and ways to “think about human life” have become a body of evidence in the policing of future crimes. Attending to the policing of the ongoing, in “Intelligence” and Evidence” Feldman analyses the distinction between “intelligence” and “evidence” in the criminal justice system as one aspect that allows an undercover investigative team to navigate on the edges. Feldman focuses on sovereign action within what he calls the “gray zone” – a space at the margins of the law, or beyond – and the conditions thereof. He argues that being able to classifying retrieved information as either evidence or intelligence can provide the team with protection when entering the gray zone. 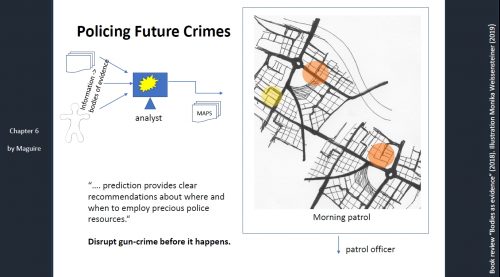 The last two chapters of the book engage with evidence in the realm of secrecy and fantasy of counter-terrorism in the US, where the power to know, to claim knowledge and to fabricate it, gain the central stage. Masco, in the Secrecy/Threat Matrix engages with “information categories” and in particular the proliferation of documents categorised as “sensible but unclassified” (SBU) in the US. Within the “mosaic theory of information” public space is perceived not as foundation of democracy but as security threat. Not only the power to know, but also the power to claim secret knowledge upon which then to intervene, is a particular configuration of the knowledge-power nexus! Delving further into the delirium between secrecy and fantasy in shaping the real, in What do you want. Evidence and Fantasy in the War on Terror, Zulaika describes how the production of “truth” in Guantanamo shows a “paradoxical frame” (Bateson), where evidence and fantasy confirm and defy each other. 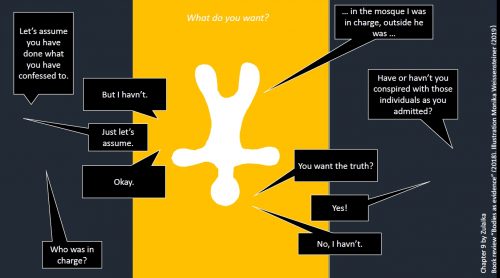 In the conclusion, I wished the editors had put the various chapters and “body-evidence relations” into a closer dialogue or had picked up some cross-cutting themes for further reflection. For sure, as the editors highlight, anthropology has insisted upon the relational qualities of evidence – “Evidence has to be of or for something” (Csordas, 1994). As such, in the volume’s chapters and rich ethnographic accounts, the “body” disappears and becomes evidence of various relations of power, classificatory regimes of knowledge and of in/visibility, and of struggles over “the truth” by different actors. But cross-cutting themes of theoretical interest emerge. Like, while attempts to know and govern the security of populations invest bodies as evidence, the volume presents also the pervasive production of various “negative” or “penumbria” spaces. While some bodies are counted and numbers fetishised, the evidence of unmetrifiable bodies is left statistically invisible, as are certain deaths. Also, while the book documents creative strategies to circumvent technological evidence production as well as creative means to engage in evidence production, there seems to emerge an additional “core drama of our times”: when resisting or challenging in/visibility regimes seems to become real only within the very same technologies (and dilemmas) of veridiction.

The volume thus shows how “bodies as evidence” provide a productive field of inquiry into security, whereby security is considered as always emergent within specific conditions. Indeed, by setting out to explore security as “efforts to fix and make certain”, body-evidence relations could well be explored in many other domains than the “security contexts” (see also “Anthropology of Security”, edit Maguire, Frois, Zurawski 2014) addressed in the book. To conclude, the volume certainly highlights what a conceptual anthropological engagement with “security”, as well as with “evidence” means. The volume will be worth reading for scholars in- and out-side anthropology interested in the production of knowledge, technologies, security and governmentality. 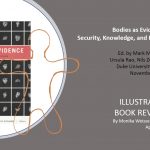 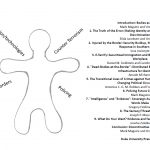 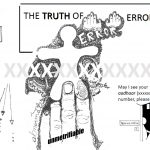 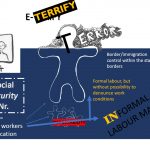 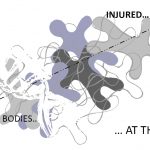 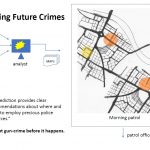 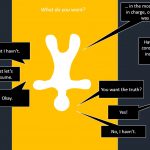 2 comments for “Rezension: Bodies as Evidence”